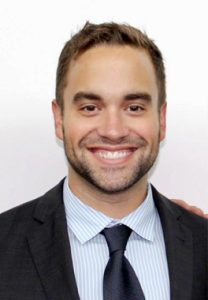 Eric hails from Lethbridge, AB, and did his medical training and residency in Edmonton. While he grew up in Lethbridge, he spent most of his university career in the United States (Idaho and California). There he played NCAA Division 1 Baseball, while also playing for Canada and finishing 2 degrees. When it came to decide cleats or clinic, Eric decided to return to Canada to pursue his medical training at the University of Alberta.

During his training in Edmonton, Eric took an interest in maternity care, as well as addiction medicine, and formerly integrated both into his training. He spent much time out in Vancouver on elective, training under Dr. Ron Abrahams. During his time in Vancouver, he had found where he wanted to start his career in Family Medicine.

Now a few years into practice, Eric has taken over as one of the lead physicians, along side Dr. Kate Bodkin, at FIR Square, a perinatal addictions unit at BC Women’s Hospital that supports substance using mothers and their babies.

He also works at Sheway maternity clinic, working with substance using mothers and their babies on an outpatient basis.

You may refer yourself to any of our programs or your doctor can make a referral for you.
Get the Referral Form »